On February 7th we once again opened the doors at the Innovation Space to eager hackers and makers to participate in our second hackpompey event.

This time, with support from Portsmouth City Council and Hampshire Hub we decided to try a theme and encouraged the use of Open Data provided through several online APIs.

Here’s a little of what went on at the second hack event, hackpompey Open Data.

We were really pleased with the mix of people we had attending our second event, and had a variety of interesting projects as a result:

Gavin, Tristan and Dan made a way to make a pub golf ‘course’ using Open Street Maps and OSRM.

With your postcode as the starting location and the available data on local pubs, it was able to calculate a route between them to use for a pub crawl. 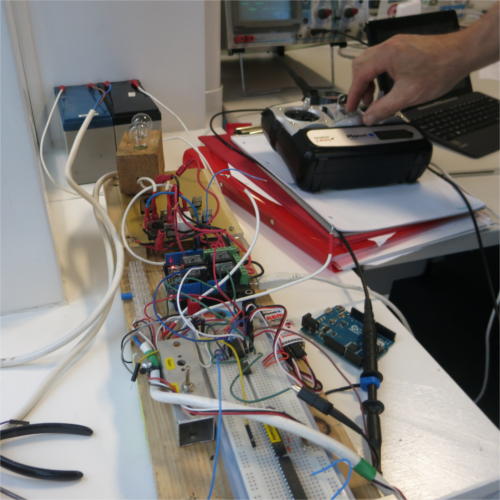 Greg came along with part of the inners of his remote control Spitfire he was working on within the Tangmere Military Aviation Museum.

Cleo and Alex, two GSCE programming students, coded a robot to follow a line and then treated us to a neat animation.

Dave, Todd and Craig did some digging into the census data and found some interesting crossovers. By using an algorithm called Naïve Bayes, they found some correlation in the different parts of the data. 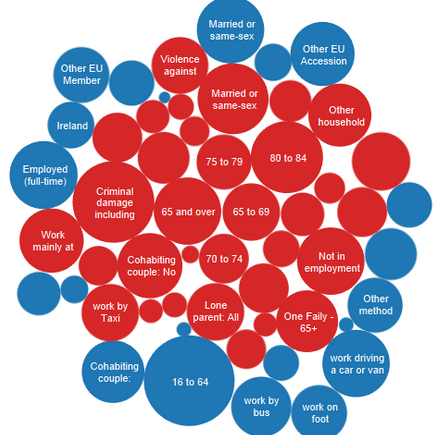 Their results were quite interesting…

Dave, after wrestling with the University network, opened up his 3DS. He created some cool homebrewed custom graphics.

Graham continued to work on his app and with usage of open data he added some local places you may want to visit. 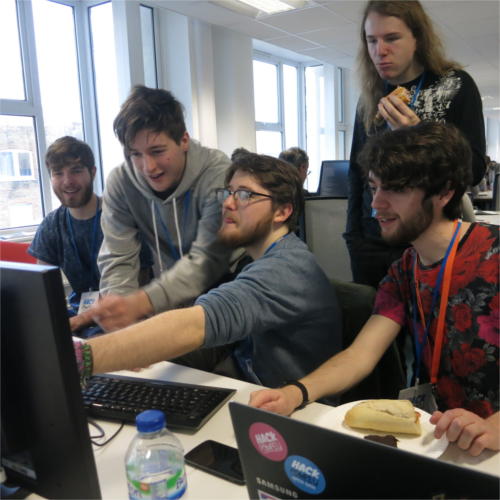 We really enjoyed the day and we hope you did too, thanks for coming everyone!

We would also like to thank Portsmouth City Council (Nicola) and Hampshire Hub (Mark) for sponsoring the event and sharing the data, we hope to see more collaboration with the community in the future!

, if you’re looking to start up it’s a good place to be.

Thanks to Deli Too for the breakfast courtesy of Nick Savage and the School of Computing.